Oxygen therapy may be administered if a patient has difficulty breathing on their own. Oxygen therapy involves being fitted with a breathing apparatus that will release oxygen and route it through a nose tube, a mask, or a tent.

Breathing difficulties are life threatening and may require an inpatient stay at a hospital. First, a doctor will access a patient's breathing. An oxygen saturation test will be performed. This test will require the use of an oximeter. An oximeter is secured to a finger during the testing process. An alternate oxygen test is one that involves drawing blood from an artery. The blood is tested, to determine the oxygen content that is present.

There are many underlying reasons why someone may not be receiving enough oxygen on their own. Testing that is conducted may detect lung damage or another internal problem that is contributing to oxygen depletion. As a patient recovers from a surgery or a sickness, they may be weaned off of the oxygen supplement or may use a downgraded breathing apparatus.

Some people may be able to partially breathe on their own. This may necessitate the use of a smaller mask type that won't cover the mouth. If an individual has a chronic health condition that will require them to use supplemental oxygen for a long duration, a doctor may discharge an individual and prescribe personal oxygen gear that the patient can use while they are at home. A portable oxygen tank is often prescribed to those who are healthy enough to go home but are still in need of extra oxygen.

A small tank can be set in a cart. This will allow an individual to conveniently transport the tank while they are moving about their home or spending time outside of their residence. A prescription that an indiividual receives from their doctor will be needed to obtain all of the oxygen supplement materials. They can be found at suppliers such as alpine oxygen. Some people may recover from an illness, which will limit the amount of time that a tank will need to be used. Others may require the use of supplemental oxygen for an indefinite amount of time. 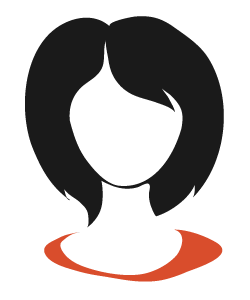